More Blurb Love for DON'T EVER GET OLD 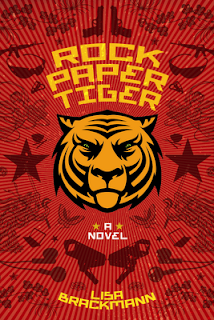 Lisa Brackmann, author of ROCK PAPER TIGER offers this praise for DON'T EVER GET OLD, a novel that she gets to read, but you still can't because it isn't coming out for, like, a year:


"Skin that bruises from the slightest bump, muscles no longer able to throw a punch and a brain suffering from "mild cognitive impairment" aren't enough to stop retired homicide detective and WW2 vet Baruch "Buck" Schatz from embarking on one last mission—capturing the Nazi war criminal who nearly killed him and got away with a fortune in stolen gold. If this sounds like serious business, on the one hand it is— old age ain't for sissies—but on the other, Schatz' comic but clear-eyed misanthropy and stubborn refusal to quit make the journey laugh-out-loud funny as well as surprisingly poignant.
Kudos to Daniel Friedman for giving us a nearly ninety-year-old hero who's not going gently into that good night—he's going out with guns blazing, F-bombs flying and a pack of Lucky Strikes."
Posted by Daniel Friedman on 10/25/2010

Email ThisBlogThis!Share to TwitterShare to FacebookShare to Pinterest
Labels: DON'T EVER GET OLD, Writing