People have probably asked you what made you want to write a book, and I am sure you have some pre-packaged answer for the question.  Don't try to use that line with me, though.  You and I both know the truth: you have no social skills and you're desperately lonely, so you spend a lot of your free time locked in a room by yourself, making up stories about your imaginary friends.

But writing a novel is still an accomplishment, like constructing a 1/18 scale model of the Notre Dame cathedral entirely out of earwax, or carving a perfect kouros statue from a block of granite using only the erosion caused by your endless flow of tears.  So, when you send your novel out into the world to try to earn the legitimacy and validation you crave, you don't want to be tripping over the same set of social inadequacies that caused you to start writing in the first place.  Publishing, for some sick reason, requires you to deal with people.  This is terrifying.

To help you out, I am providing some advice about how to behave while querying or on submission. And my advice is: hunker down.  And shut up. Shut up.  SHUT UP.

You probably think I'm being mean, or that I am joking. I'm not.

1.  Want to follow-up? Maybe you should SHUT UP.  You're trying to trick people into liking you. Annoying them is counterproductive to this goal. And you don't want to send written communication to anyone who is evaluating your writing without editing it very carefully.

Following up on a query is probably a harmless mistake, since an agent's failure to respond to your query probably means she's rejected you.  However, following up with someone who has requested a partial or a full manuscript can be dangerous.  After sending a manuscript and verifying its receipt, you should not attempt to contact the agent again until she has had your manuscript for more than two months.

The best way to follow up with an agent who is holding your full manuscript is to inform them of another offer of representation, so if you need to vent your query-process neuroses, do it by sending out more queries instead of bothering people you've queried previously.

2. The Internet is a great place for SHUTTING THE F' UP.  Let's imagine that an agent is reading your query. She gets 150 queries per week, and requests zero to 2 manuscripts out of that pile.  Yours might be one of five or six queries she's considering requesting, but she only has time to look at one manuscript.

She Googles you, and finds your blog.  The first six posts are about all the rejections you've been getting.  Do you think she is going to assume that her colleagues are wrong? Or is she going to defer to the conventional wisdom which you have been kind enough to share with the world?

I'm asking rhetorical questions right now, because I assume speaking to you in your native tongue will make you feel more at ease. I think we know both the answers. 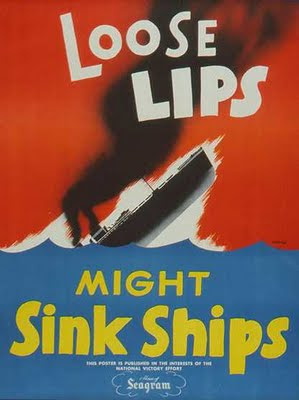 The first rule of rejection is: do not talk about rejection.  In fact, while you're querying and submitting, maybe you should just delete your blog and your Twitter feed.  Your manuscript is your best work, we must assume.  You might not want your non-best work out there in the world where people can find it.

The more an agent learns about you, the less likely she is to represent you. Because we both know you're just awful.  Try to de-emphasize that aspect of yourself while you're querying.

3. Once you have an agent, it's time to SHUT UP EVEN HARDER.  Your agent's job is to make you seem marketable and appealing to editors.  The only way for her to do this is to lie to them.  You do not want your agent to get caught in a lie.  So, don't put stuff on the Internet that will make your agent look stupid for saying nice things about you.

Specifically: don't tell anyone when you go on submission.  Don't post it on Facebook.  Don't talk about it on writers' forums.  Don't Tweet about it.  If you have to have a second wave of submissions, you don't want those editors to find out that they're part of a second wave.  Your agent is lying to all of them, telling each one that they're the first editor she thought of when she read your manuscript.  Don't let editors find out otherwise!

You certainly don't want editors considering your book to read a comprehensive, dated log of your rejection history, complete with the reasons other editors passed.  So maybe it's not a good idea to post a thing like that on the freakin' Internet.

Honestly, even the celebration post you put on your blog when you signed with an agent can let an editor know that your book has been out there circulating for a while.  If you've noticed the tendency of the publishing industry to follow "trends" like mash-ups or dystopian YA, then you know publishing houses have a pack mentality when it comes to acquisitions.  If editors think everyone else is passing on your book, it makes their decision very easy.

Your agent is lying as hard as she can to convince these editors that they're up against a ticking clock to buy your book before a rival snatches you off the table.  Don't ruin that effort by publicly revealing everyone's thundering indifference to your submission.

In summary, good luck, happy hunting and STFU.
Posted by Daniel Friedman on 6/06/2011